Beauty and the ’Burgh: 7 Spots to Go to Get Glam

No longer restricted to bigger cities, some of the latest cosmetic innovations and trends — think blowouts, microblading and lash extensions, just to name a few — are taking place in Pittsburgh’s evolving beauty scene. 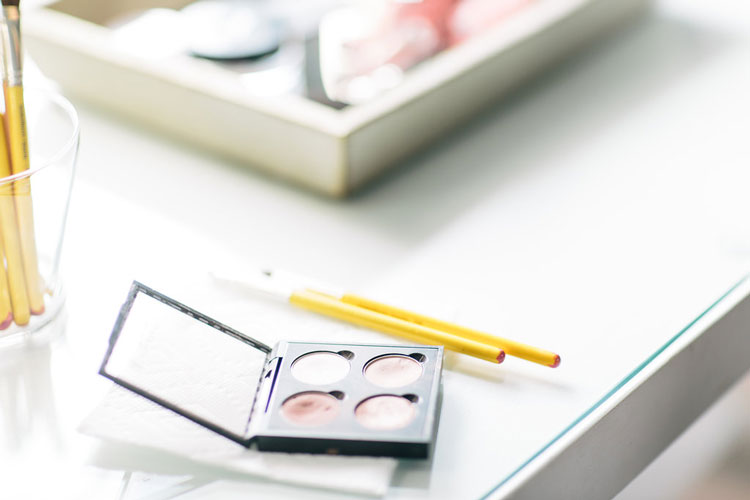 Much has been made about Pittsburgh’s food revolution. And its continually growing “Eds and Meds” sector. And, of course, its reinvention as a tech hub (Thanks Google and Uber!). But there’s another industry that’s quietly growing in Pittsburgh, one you may have begun to notice as more and more businesses dedicated to the art pop up — beauty.

“We definitely are improving,” Dallas Beauty Lounge owner Dallas Sauers says of Pittsburgh’s burgeoning beauty scene. “So many salons, not just mine, are doing cool things, stuff that Pittsburgh didn’t offer before, or that you couldn’t find unless you went to New York or L.A.”

These services include one of the hottest new beauty techniques to hit the market, microblading (semi-permanent tattooing used to enhance eyebrows), lashes (both the false variety and the lifting and tinting of the real thing), airbrush bronzing, hair blowouts and much more at places that didn’t exist a few years ago; destinations with “bar” in the title — glam bars, lash bars, dry bars, you get the picture. 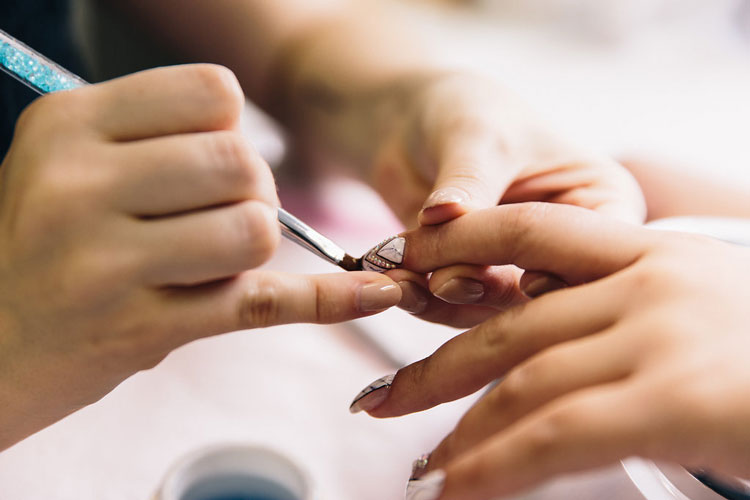 Where once it was difficult to find makeup without going to a chain store, several independent retailers carrying cult labels, luxury lines or organic beauty and wellness products have found success in the area.

Gilded Girl owner Elizabeth Quesnelle, who hails from Chicago, calls it an exciting time to be in Pittsburgh’s beauty industry. Her Lawrenceville boutique, where she also offers popular makeup workshops, carries a number of independent brands that have been well received by an increasingly beauty-savvy public.

“People are more concerned about what they’re putting on their faces and the quality of the product. Is it organic and paraban free?” she says. “It’s also that the city is turning younger. There are more individuals in their 20s, 30s and 40s with more disposable income who are really interested in new products and not just mom’s Avon anymore.”

Here’s a look at some of the places making Pittsburgh more beautiful. 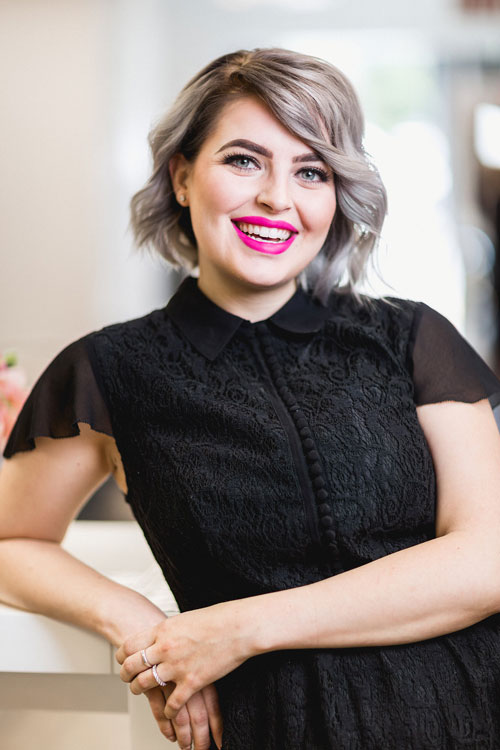 Dallas Beauty Lounge is so hot that at one time you needed a referral to even get in the door — but not in the way you might think.

Owner Dallas Sauers, who started painting nails at age 14, began her manicure business out of her home while still a college student. As a safety precaution, she only would see new customers if they were friends of her established clientele.

The system stuck, creating a waiting list of devoted clients clamoring for service, and today the 26-year-old entrepreneur’s business is booming. 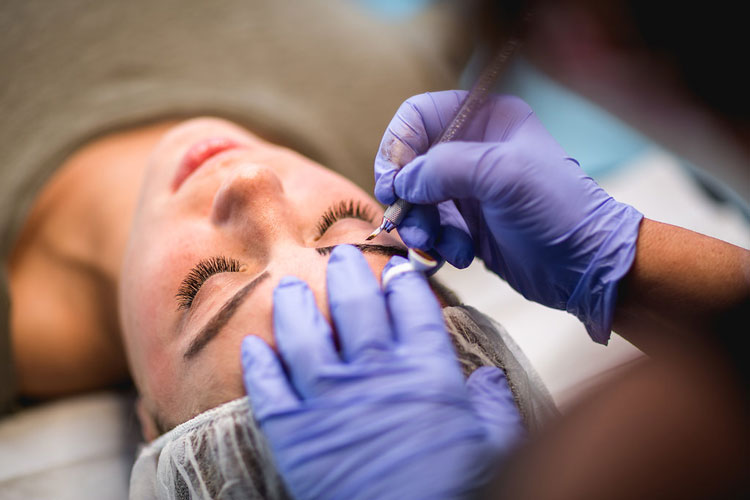 Besides the creative nails that put Sauers on the map, Dallas Beauty Lounge offers microblading, lashes, facials and more in a glam, professional setting. In 2017, Sauers expanded her storefront to include a full-service hair studio.

“It really started with a passion,” Sauers says of growing her business. “I wanted to create a space where people liked coming, that was clean and with an educated staff." 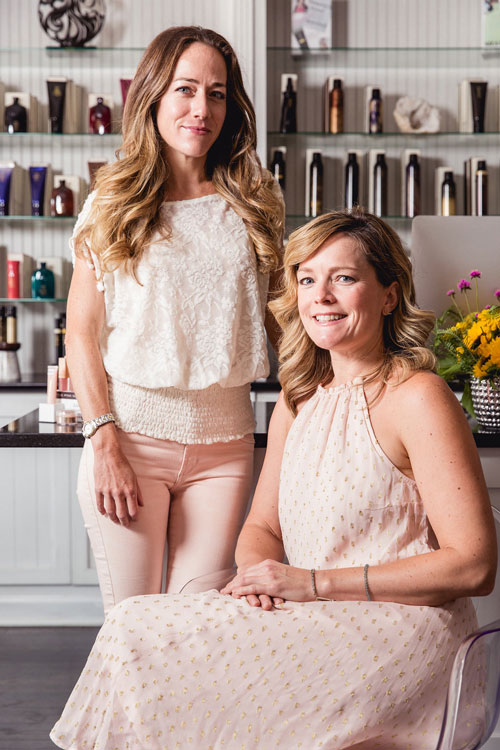 (Since this article's publication, Teresa Duff has left GLOW Blotique)

There’s no excuse for a bad hair day, at least not at GLOW Blotique Blow Dry Bar.

Opened by Teresa Duff and Aimee Vickers in the fall of 2016, GLOW leaves the cuts and colors to full-service salons and instead specializes in professional blowouts. Clients can have their hair washed, dried and blown out in about 30 to 45 minutes, and the styles (options include messy beach waves and straight, sleek locks) can last for days. 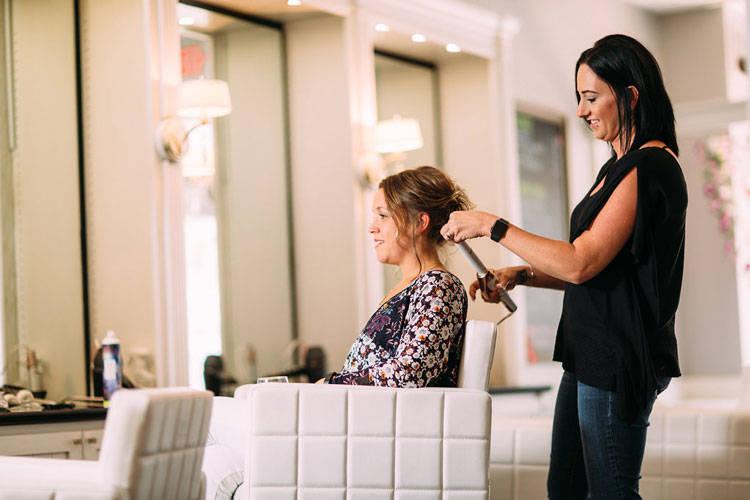 GLOW also does wedding hair and updos and occasionally will pair with other local businesses for events, including a recent “braid bar.” A mainstay in other cities, the blowout concept has yet to take strong root in Pittsburgh, which is why Duff, whose education is in art history, and Vickers, whose background is in business, decided to tap into the growing niche market. That, and a desire to make people feel beautiful.

“That’s what we’re really all about,” Duff says. “When you’re having a good hair day, you just feel like a million bucks.” 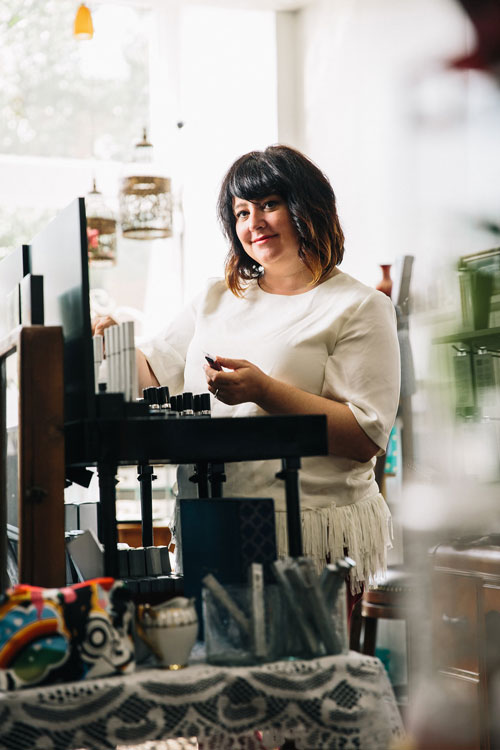 (Since this article published, Elizabeth Quesnelle has closed her brick-and-mortar boutique. While she searches for a new location, The Gilded Girl continues to set up pop-up shops at different events. The online store is still operational)

A licensed aesthetician by trade, Chicago transplant Elizabeth Quesnelle opened The Gilded Girl Beauty Emporium in Lawrenceville in 2015 after noticing a dearth of independent luxury beauty shops in the area.

“There was no place to get really interesting products, and there are so many innovations on the market,” Quesnelle says. “I thought Pittsburghers were certainly savvy enough to be interested in those brands.” 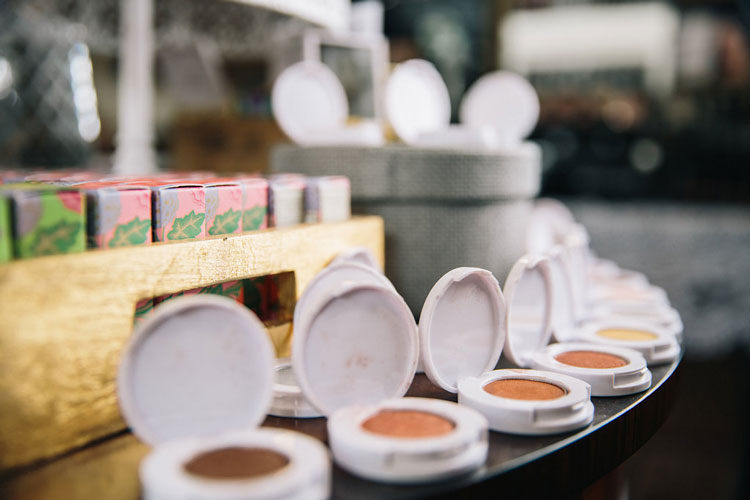 Setting itself apart from large chain makeup stores, The Gilded Girl specializes in cult-favorite and luxury indie makeup and skincare lines typically not found in western Pennsylvania. Quesnelle also always is happy to dole out advice to her customers.

“My goal is never to sell,” she says. “I see myself as educating people. I talk to them about what’s going on with their skin, and I will make recommendations for things I don’t carry if I think it’s truly going to help them.”

Quesnelle hosts a variety of makeup workshops, among them retro makeup classes and smoky eye tutorials, and she’s not stopping there. She currently is at work developing her own skincare and makeup line. 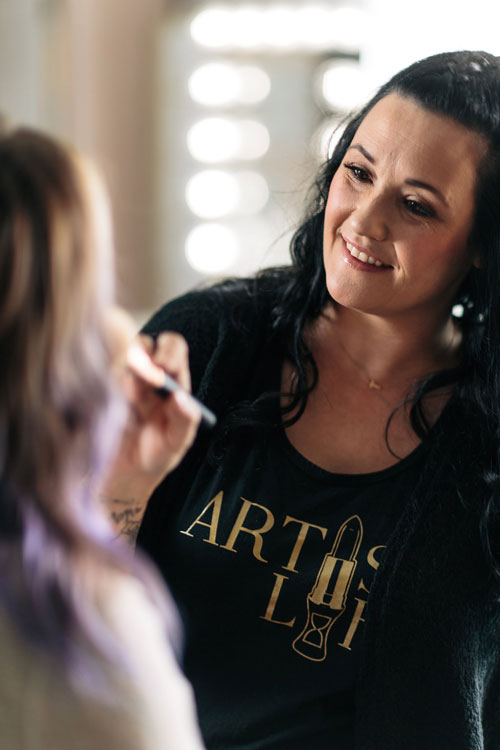 Joy Lager and Jae Lee Paredes both have a long history in the beauty industry. In 2016, the respected freelance makeup artists combined forces to open JL Makeup Studio in Washington.

“We were turning away I don’t know how many brides individually each year,” Lager says. “We wanted to have a place for them to go.” 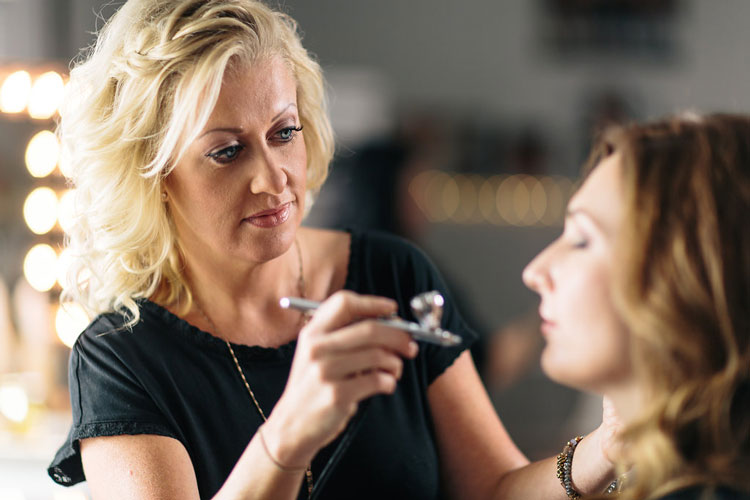 Now a popular destination where bridal parties can get their hair and makeup done, the one-stop-shop beauty destination also specializes in lash extensions, lifts and tints and body waxing. Want to learn how to apply your own face paint like an expert? Lager and Paredes, who employ 15 hand-selected freelance bridal makeup artists and hairstylists, offer group makeup workshops as well as one-on-one, customized makeup lessons.

The studio also sells a complete line of in-house makeup, as well as the Bdellium brush line and theBalm Cosmetics. 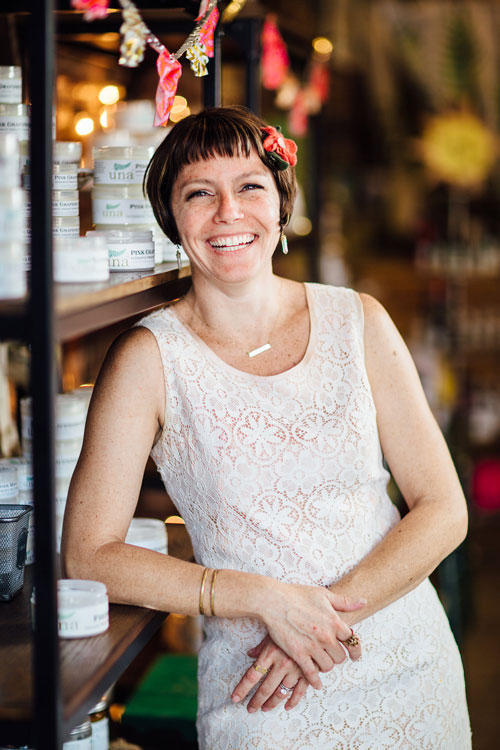 Graves says she and her husband saw that there was a market in the Pittsburgh area for organic beauty and wellness products.

“We just felt, especially locally, that people were looking for it and wanting it and it just wasn’t readily available, especially in a high-quality format that was still affordable,” she says. “So we got serious about it.” 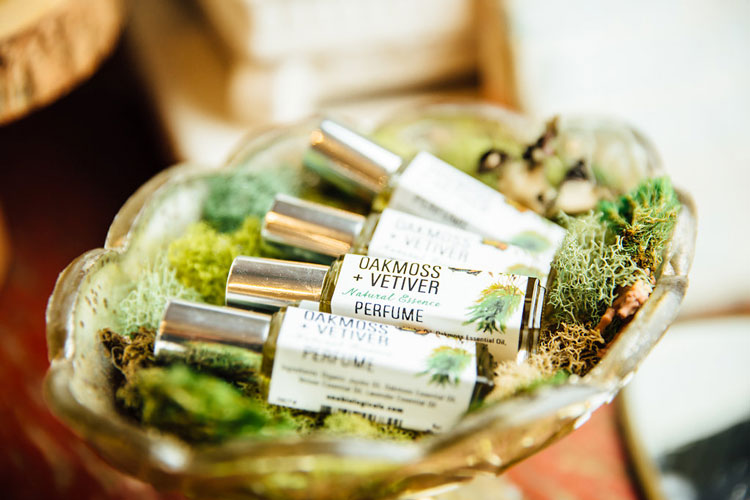 Graves grew her business at area farmer’s markets and pop-up events in the Strip District until demand necessitated she open her own storefront in Lawrenceville in 2015. Today, Una Biologicals’ products, which range from lotions to salves to natural deodorants, are carried in about 50 stores nationwide.

Each product is handcrafted on the store’s second level, and Graves constantly is working on new ideas. A number of classes and workshops, including yoga, chanting meditations and herbal mixology classes, also are hosted at the store. 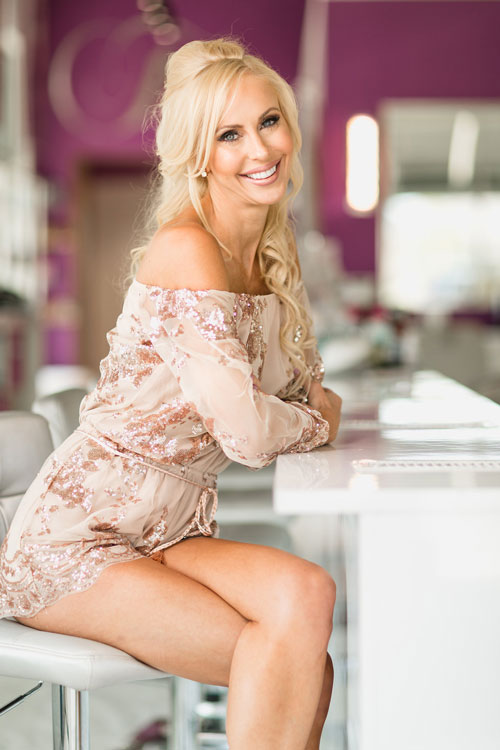 Fluhme Glam Bar carries the tagline “Get in. Get Glam. Get Going,” and for good reason.

Created by former model Tiffany Fluhme, who worked as a physician’s assistant in plastic surgery before opening her own business, the bar offers a plethora of cosmetic services that include nails, chemical peels, microblading, lashes, special event hair and makeup and more. 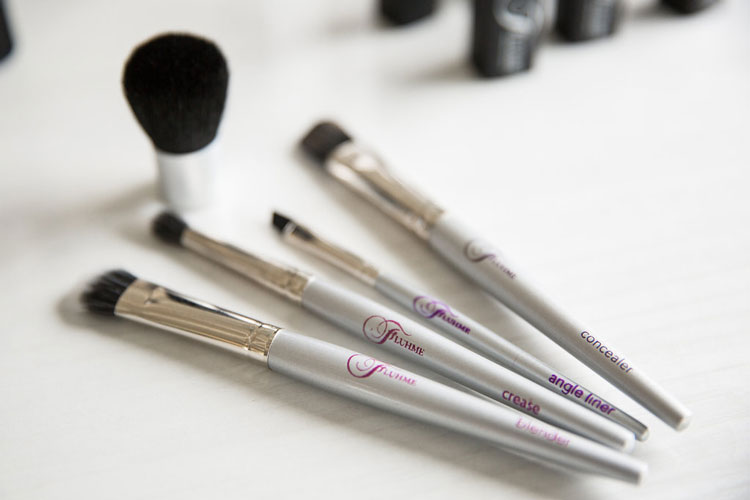 While still working as a PA, Fluhme developed her own line of makeup and skincare products, which continue to be sold online and in stores. The success of the makeup line, and the number of brides who wanted their makeup done by Fluhme’s artists, is what Fluhme says led her to open a glam bar.

“These ladies need somewhere to go to have everything done,” she says.

Fluhme opened her Warrendale location in October 2015, followed by the Mt. Lebanon bar, which also offers haircuts and color, in November 2016. Fluhme has since expanded her Mt. Lebanon location to launch Pittsburgh’s first microblading bar, which is dedicated to the semi-permanent eyebrow stroking technique. 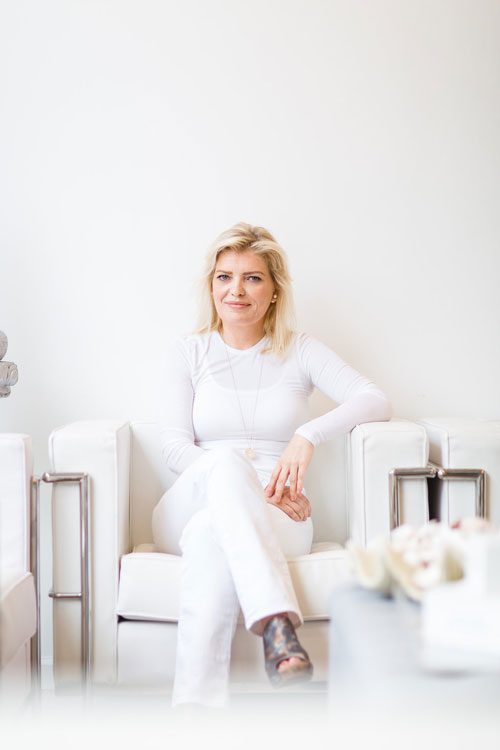 As a child growing up in Hungary, regular facials were  part of the norm for Eva Kerschbaumer.

“In Europe, it was something that we just did. We would never not do facials, no matter what kind of background you had, or what could you afford,” she says. “It’s a regular grooming thing, like brushing your teeth.”

Kerschbaumer, who co-owns EsSpa Kozmetika in Aspinwall with her husband, Scott Kerschbaumer, still believes in the power of regular skin and body maintenance. And, in her own words, she can give a “kick-ass” facial. 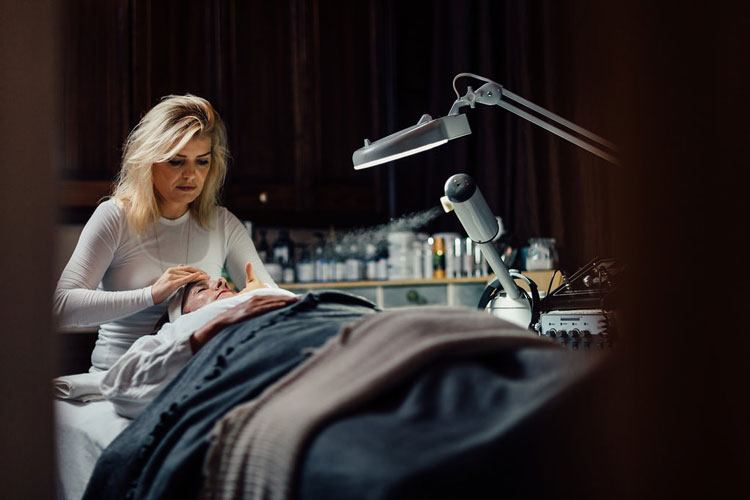 Opened in 2002, her long-running day spa, which resembles an old world European village, offers facials, body massages, wraps, waxing, manicures, pedicures, lash extensions and a variety of other services in a luxury environment.

The spa also is one of the only locations in the country to have an “oil bar” featuring cold-pressed and essential oils that can be used for customized treatments and product creation, according to Scott Kerschbaumer. In 2015, EsSpa expanded to open the eDry Brow & Blowdry Bar, which also does haircuts, color, extensions and more.

The spa recently began offering microblading and DermaPlaning, which uses a straight razor to scrape off layers of dead skin and facial hair.

Environmentally friendly long before it became hip, EsSpa is one of the 12 “founding-seed spas” of the Green Spa Network, a consortium of spas committed to “green” practices.

This article appears in the September 2017 issue of Pittsburgh Magazine.
Categories: From the Magazine, Hot Reads, Style

There's No Chance You Can You Beat Hoops, the Basketball Robot

A New Home for Teenie Harris