The region’s craft beer industry continues to grow despite the pandemic and supply-chain issues. 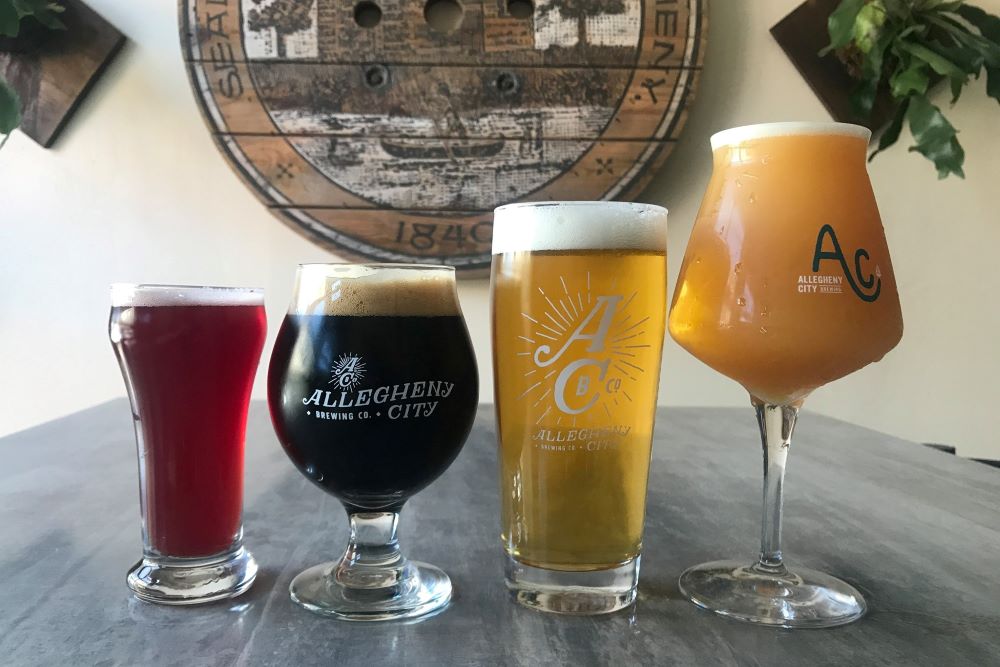 Pittsburgh is overflowing with craft beer. There are more than 40 breweries in Allegheny County. Although the pandemic delivered a sucker punch to the service industry, it’s fighting back. And you’re not seeing double; many local beer-makers are poised to expand or already have multiple locations in the region. Is there a taproom opening in your neighborhood?

Acrospire Brewing Co.
Acrospire Brewing Co. has outgrown its tiny facility on Butler Plank Road in Glenshaw and is moving to a bigger space just a few miles away. The 3,200-square-foot building at 1702 Mt. Royal Blvd.— formerly the Shaler Lounge — is being overhauled into a new-and-improved neighborhood joint. Beer, including Honeycomb Oat Honey Ale and Serendipity IPA, will flow at the beloved watering hole again by the end of the year.

Allegheny City Brewing Co.
The tiny Deutschtown brewery is building a two-story taproom on East Ohio Street on the vacant lot between Farmer’s Daughter Flowers and Fig & Ash. It will retain its 507 Foreland St. digs, including the tented seating area outside, for special events and to house the canning and kegging equipment. Crews hope to break ground on the 2,400-square-foot structure this winter and welcome customers by June 2023.

ACB’s larger space will have room for 94 patrons inside the main bar area and second-floor mezzanine. The building will be set back from the street, leaving room for an L-shaped patio with picnic tables and fire pits.

The owners are including a kitchen and plan to offer coffee in the mornings and a regular pub grub menu prepared by a third party.

Burgh’ers Brewing
This brewery-restaurant is based in Zelienople, but it’s really a ‘Burgh thing.

Burgh’ers will soon have a presence at The Highline development on the South Side, with views of the city it’s named after. Business partners Fiore Moletz and Neil Glausier are also planning a large production brewery restaurant in the area. Until then, burghers can visit their Butler County location or stop for a beverage and a smash burger at 3601 Butler St. in Lawrenceville.

Cellar Works Brewing Co.
This Butler County business is tapping into the local market by opening a 3,000-square-foot taproom in the former Stonewall Cider House and Meadery, 723 Allegheny River Blvd. in Verona. By mid-September, you can visit the fair borough to enjoy Cellar Work’s European lagers, hoppy American ales and popular smoothie-style sours.

Cinderlands Beer Co.
Cinderlands’ first incarnation — the Foederhouse at 3705 Butler St. in Lower Lawrenceville — is a cozy spot for naturally fermented foederbier and classic Belgian pub cuisine. Its larger sister location at 2601 Smallman St. in the Strip is a two-story, 300-seat facility featuring a first-floor bar and dining room with views of the open, scratch kitchen. Upstairs there is another bar, as well as a lounge and patio. The brewery’s suburban taproom at 171 Wexford Bayne Road in Wexford is a stripped-down version of their city sites, with draft beer served at the bar and to-go cans and merchandise.

Dancing Gnome
Late last summer, Sharpsburg’s Dancing Gnome finally moved into its long-awaited, 10,000-square-foot taproom at 1025 Main St., just a few blocks from its original home. The spacious new HQ boasts a large brewhouse, patio, bar and to-go ordering station. Grab a Lustra and soak the atmosphere up while sipping the beer down.

The Larimer-based beermaker’s plan to open a taproom in Mt. Lebanon has been approved by the municipality and construction is set to start soon. The space at 651 Washington Road will serve beer, cocktails, local wines and pizzas from the company’s culinary wing, East End Chewing. Owner Scott Smith, who lives in Mt. Lebo, says he hopes the space will be open by Thanksgiving — a perfect time for Gratitude.

Four Points Brewing
Named after the four-pointed stars on the American Iron and Steel Institute’s logo, Four Points manufactures its beer in Charleroi, Pa. Although the company recently closed the eatery attached to that site, it will still serve as a production facility that supplies beer to its North Side taproom. The space at 919 Western Ave., which previously housed the Shamrock Inn, opened in 2021.

Full Pint Beer
When North Versailles’ Full Pint filed for bankruptcy in 2020, many lamented the loss of a long-time favorite. Fans Dan and Carrie Franklin didn’t want to see the brewery go, so they bought it. Patrons can say thanks at the brewery’s Warrendale outpost, 16087 Perry Highway. There are 14 beers on draft, plenty of to-go cans and a full food menu.

Grist House Craft Brewery
After giving its Sherman Street brewery a makeover in Millvale, complete with more seating and more restrooms, Grist House is setting its sites on creating a bomb new taproom. The owners are converting a 55,000-square-foot former Nike Missile Command Center in Collier into a beer base.

Helltown Brewing
If you can’t take the summer swelter, go to Helltown and have a cold pint.

Founded in 2011, the brewery now has four taprooms in southwestern Pennsylvania: Mt. Pleasant, Export, Houston and the Strip District. The one in the Strip is located inside 1700 Penn and features 25 drafts. The place also boasts a full-service bar, a PA Libations Wine Shop and a sprawling beer garden.

Known for their IPAs, smoothie sour shandies and dessert stouts, the company churns out its libations from the old Fort Pitt Brewing Co. building in Sharpsburg, where guests can down a pint. The Mt. Lebanon taproom has a chill vibe and well-behaved dogs are welcome outside.

The brewery, named after the spot on a vinyl record where artists put hidden tracks, spins tunes and slings beers at 827 E. Warrington Ave. in Allentown. Guests can rock out inside of the 1,400-square-foot taproom and in the 1,100-square-foot beer garden. For beer-lovers on the Hilltop, it’s music to their ears.

Insurrection AleWorks
Earlier this year, Insurrection cranked out brews to support civilians in war-torn Ukraine. You can show your support by visiting the their taprooms in the Strip District, 1812 Penn Ave., and the original spot at 1635 E. Railroad St. in Heidelberg, which has a great food menu filled with apps, soups, salads, sandwiches and wings.

Levity Brewing Co.
Have a pint with your pup at Levity Brewing Co. The beermaker, which is based in Indiana, Pa., with a taproom in Altoona, will soon operate a kiosk attached to the SouthSide Works’ new Dog Park at 424 S. 27th St. The fenced-in, year-round green space will host adoption clinics and other animal-friendly events, where you can enjoy a little hair of the dog. 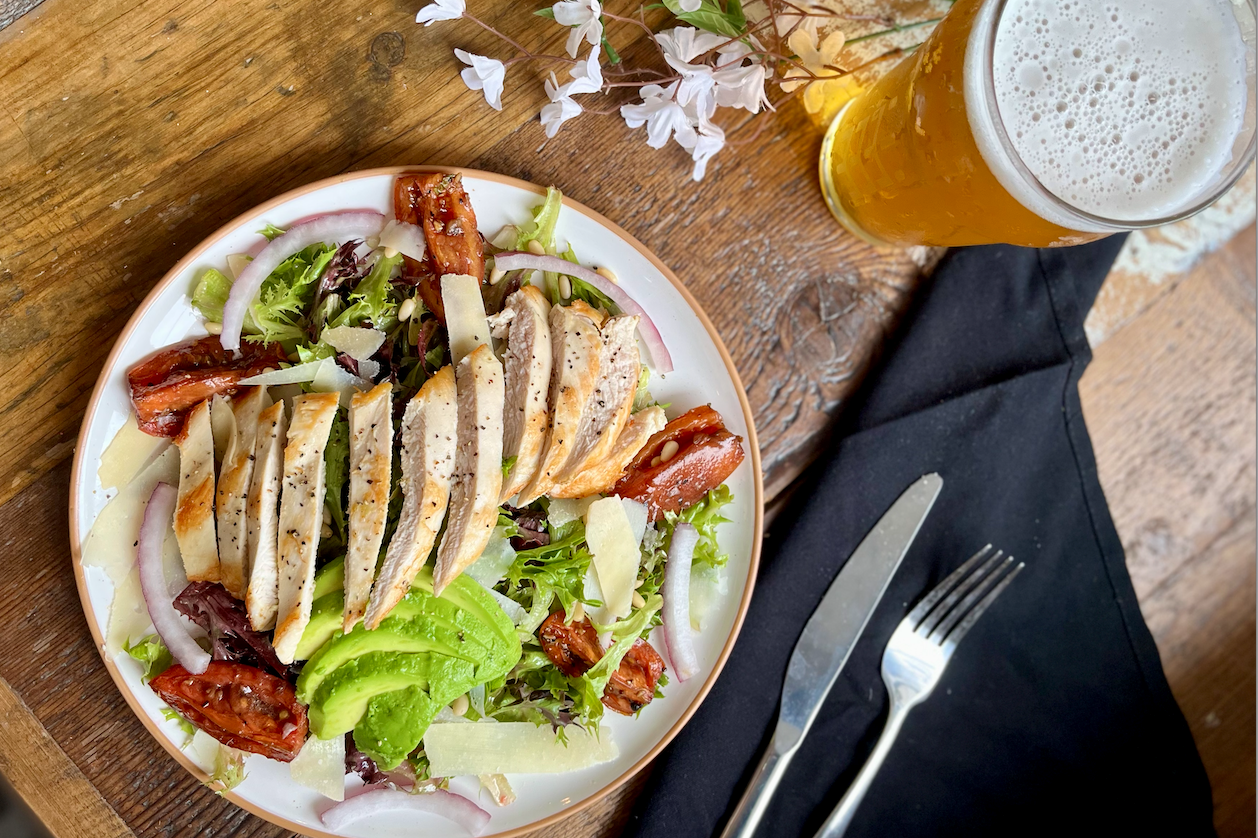 Mindful Brewing Co.
The folks at Mindful Brewing Co. put a lot of thought into the relaunch of their second location, which opened in 2019. Mindful Carnegie, located in the 2,500-square-foot former Pizza Hut at 1001 Washington Ave., replaced the Mexican food concept with Chef Ryan Lyle’s brand of elevated pub fare. Get smash burgers, sandwiches, vegetarian options, loaded shoestring fries and salads. And don’t forget the beer: there’s a full bar with 35 taps and 500 bottles in self-serve coolers. Mindful, which was named 2022 Best PA Ale Brewery of the Year at the New York International Beer Competition, also is opening a taproom inside Bloomfield’s White Whale Bookstore as soon as the licensing is finalized.

Cranberry-area beer lovers can visit the 3,000-square-foot restaurant at the Crossroads at Meeder, 301 Tillary Lane. The South Fayette establishment is in The Crossroads at Hastings, 1502 Orion Road. When you visit, ask for a draft from the Karma Tap; sales of the rotating beer benefit a different local charity each quarter.

After 25 years building a solid reputation in Eastern Pennsylvania, the company recently opened two spots in Pittsburgh: a Downtown taproom at 300 Liberty Ave. and a small-batch brewing facility and restaurant at The Highline development at 46 S. Fourth St. on the South Side.

Raise a beer to brotherly love.

Known for their creative farmhouse ales, this brew crew operates sites in Millvale and Gibsonia and recently added a third. The New Kensington location at 977 Fifth Ave., which is in soft-opening mode, welcomes beer drinkers on Fridays from 4 to 10 p.m. and Saturdays from noon to 10 p.m. Sip wild brews inside and outdoors at all three facilities.

Voodoo Brewery
Make like a zombie and lurch to the North Shore when Voodoo’s 6,000-square-foot brewpub opens soon in the former Rivertowne Brewery, 337 N. Shore Drive. In addition to 20 taps pouring beer, wine, seltzer and mead, there will be a full bar, an area for take-out libations, a large patio with fire pits and eclectic grub. The idea for Voodoo was conjured up in Meadville, Pa. and has multiple locations, including local suds factories in Homestead and New Kensington.