​Evolution a Bigger Deal for Steelers Than Opening Night

The Steelers can and should get better as the 2016 season progresses, as they did in 2015 despite obstacles that included the use of three quarterbacks and four kickers. 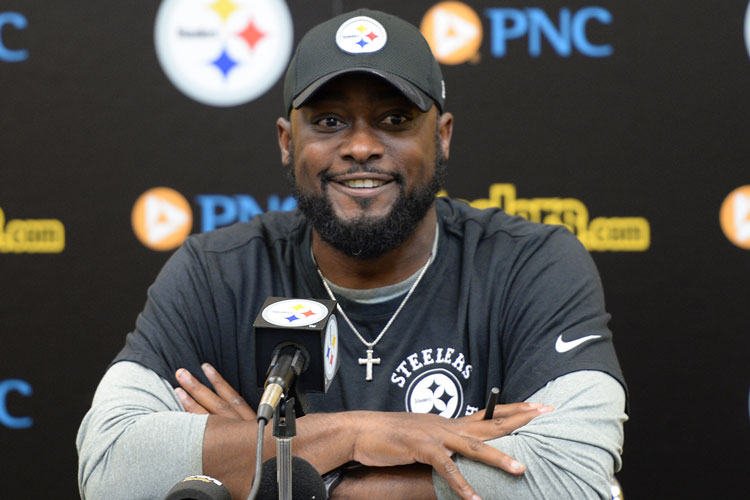 Mike Tomlin is convinced, and justifiably so, that the true contenders are the teams that get better throughout the course of a season.

Nobody’s Super Bowl-ready from the get-go, at least no one has been since the ’72 Dolphins.

The Steelers team that visits the Redskins on Sept. 12 won’t be such an exception.

They’re in the conversation at the outset, and justifiably so, but in the early going it’s going to be much more about problem solving than making any type of championship-caliber proclamations.

The roster cut to 53 confirmed as much with the arrival of Justin Gilbert.

Once the eighth-overall pick in the 2014 draft, Gilbert has since been enough of a hot mess on and off the field that the Browns were willing to accept a sixth-round pick two years from now just to avoid the embarrassment of cutting him.

Gilbert was immediately installed as a second-team cornerback behind William Gay on the Steelers’ depth chart.

The other second-team corner is Artie Burns, who doesn’t have Gilbert’s baggage but likewise has no NFL track record.

Perhaps Gilbert can finally embrace the professionalism he’s lacked and unleash the skill set and athleticism that just two years ago had everybody drooling.

And presumably Burns, a No. 1 pick this year, will continue to develop now that he’s finally back from a quad injury that derailed his rookie training camp.

But neither is ready at present, which makes depth at a critical position enough of an issue that the Steelers are willing not only to embrace the reclamation project that is Gilbert but also carry Senquez Golson on the active roster even though he, at present, is physically unable to perform.

At backup safety the Steelers have Sean Davis, Shamarko Thomas and Jordan Dangerfield. Davis will be needed initially as the third cornerback in the five-defensive backs “nickel” package, Thomas has spent his first three seasons proving he can’t be trusted with anything more than special teams, and Dangerfield hasn’t done anything more than hang around on the practice squad the past two years.

The running back position also isn’t what it’ll be once Le’Veon Bell returns from his three-game suspension.

In the meantime, DeAngelo Williams is capable and Fitz Toussaint is credible. But will that be enough of a one-two punch at Washington, at home against Cincinnati and at Philadelphia? And if not, would the inclusion of Daryl Richardson matter?

Alejandro Villanueva is the obvious left offensive tackle and just as obviously a player who will have to continue to grasp the nuances of the position throughout the season.

Arthur Moats for Bud Dupree leaves the Steelers with “steady” rather than “potentially spectacular” at left outside linebacker, at least for half a season.

Defensive end Cam Heyward (ankle), right offensive tackle Marcus Gilbert (elbow) and maybe even nose tackle Javon Hargrave (knee) may or may not be hobbled against the Redskins, and perhaps beyond.

And Ladarius Green remains a no-show at tight end and is destined to be nothing more that that for at least eight weeks.

That’s an awful lot for the star power of Ben Roethlisberger and Antonio Brown to overcome.

Not that it can’t be done.

The Steelers can and should get better as the 2016 season progresses, as they did in 2015 despite obstacles that included the use of three quarterbacks and four kickers.

Eventually, they may yet reveal themselves to be the contender many have already perceived.

But the enthusiasm of the opener must be tempered by the reality of their present dilemmas, and by the necessity to avoid subsequent injuries in the areas where they’ve already been stretched razor thin.

Are you ready for some football?

“We’re excited about rolling our group out and starting the process,” Tomlin announced Tuesday afternoon.

There should be even more to be excited about by mid-November.